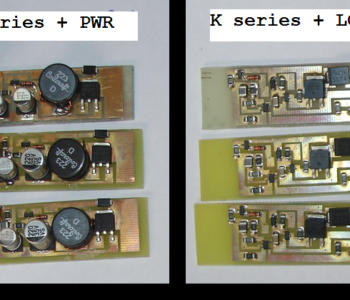 Its a redesign of the standard Barou’s ® K series circuit. The somewhat large blow fuse was replaced by electronic latch fuse (triggered over 1.8A at 10msec) that needs no replacement to reset. Limits to its operation apply as the higher blocking voltage is 35V.

In contrast the older fuse can shut off larger voltages as 110 or 220volts but the cut off time (even though of the fast blow type) rated 3A is around 50-100mS achieving momentarily 20 / 40 or more Amps. (bad for circuit)

Generally the new circuit is leaner, less prone to errors and somewhat more efficient (+ a pleasure to eye also 🙂 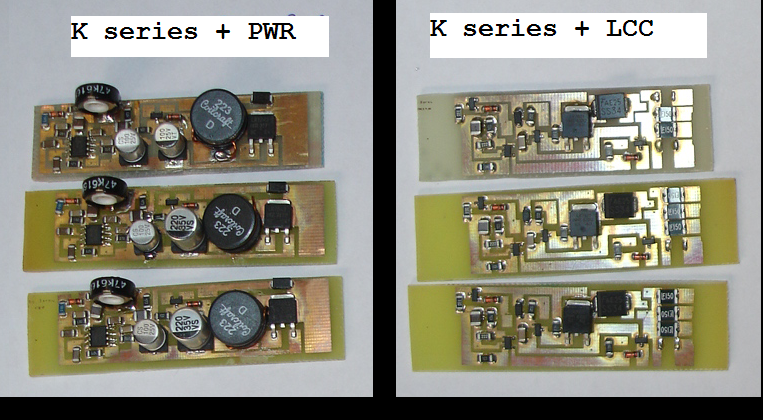